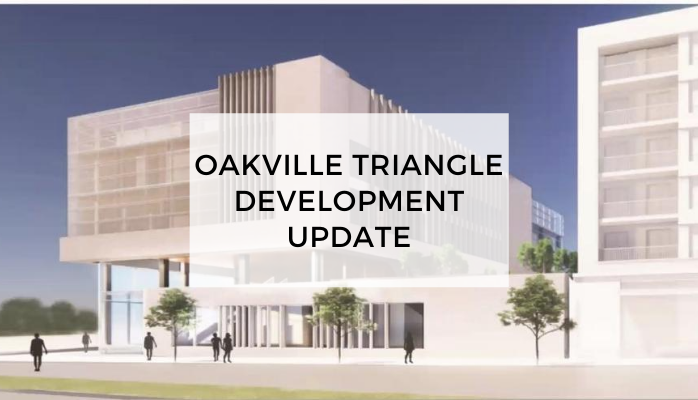 After years in limbo, the on again off again development plans for the Oakville Triangle area of Alexandria have finally been put in place.

When Virginia Tech first announced plans to open its Innovation Campus in Northern Virginia, the Oakville Triangle was their original choice. However, Virginia Tech discovered quickly they needed more capacity for growth, and switched their focus to the site currently occupied by the shuddered Regal Cinema, putting them closer to the currently under construction Potomac Yard Metro Station. Once again, this left the Oakville Triangle at the alter.

On March 4, Inova Alexandria announced plans to build a second hospital in Oakville Triangle to service the expected influx of residents to Potomac Yard and surrounding neighborhoods, with both Virginia Tech and Amazon joining the area.  The “HealthPlex” is expected to serve as an outpatient facility to include an array of services, such an emergency department, diagnostic radiology, and a laboratory, as well as other specialties such as physical therapy and sports medicine.  This will join two other Inova HealthPlexes in Lorton and Franconia-Springfield, and support the existing Inova Alexandria Hospital.

This 115,000 square foot HealthPlex development will also include 1 million square feet of residential and 65,000 square feet of retail. The retail portion will target neighborhood-oriented services rather than large chain stores like those already in place at Potomac Yard. There are also plans to expand and improve Mount Jefferson Park to benefit the new residential tenants and adjacent Del Ray neighbors.

This week, architect Thomas Wong presented initial design concepts, with a focus on sustainability, with a living green roof and terrace, lots of glass, solar shading, and plans to address stormwater issues. Plans were also developed for an open space between the new development and Mount Jefferson park, with locals asking for the space to connect to the park in a natural, softscape park design. Public hearings will continue through the Fall before construction starts next year.

The addition of residential and retail space to the HealthPlex development is part of an effort to link the Del Ray neighborhood to the emerging Potomac Yard development.

Developers plan to start construction in 2021 with the goal of opening in 2023. 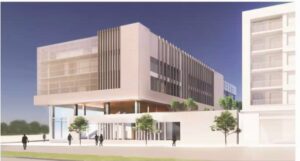 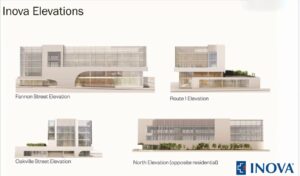 If you are interested in moving your business close to this new development, check out this listing!

Other New Construction Plans in Alexandria:

All You Need to Know: Richmond Highway BRT Line

All You Need to Know: Virginia Tech Innovation Campus